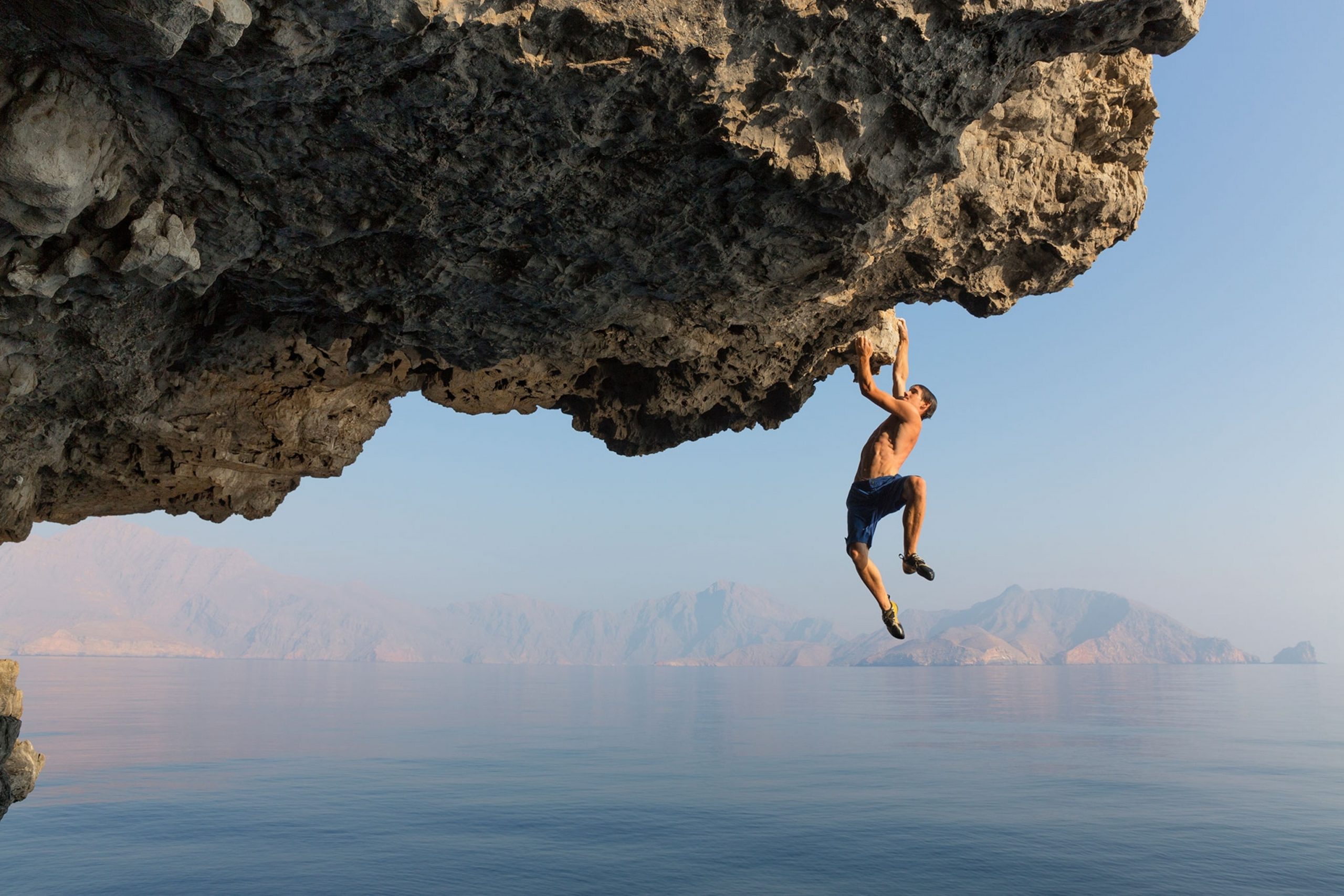 This week I want to take about being able to remove some of your safety nets in life.

Note, this is a metaphor, if your job has physical danger, keep your safety nets.

This metaphor is for not having so many safe landings in your life.

To know that should things mess up, that you may actually risk something.

But to know that when you do let go of some of your safety nets, it allows you to focus and learn deeper.

The goal to use this as motivation, not as a form of creating too much anxiety.

To use it as a way of bringing focus in to what you’re doing.

To make it scary but also exciting in the process. And most of all to have a sense of pride in achieving something through facing adversity head on and controlling your future.

This doesn’t mean that you have to be a thrill-seeking daredevil.

Having safe surroundings can cause complacency and that by creating risk, you focus harder and find adventure in the process.

Things that you could be creating your ‘safe’ environment:

Parent’s – Don’t do everything ❌

While I’ll probably (no, definitely) touch on parents in the future.

This small part is about parents DOING too much for their kids.

While having support from your parent’s is a vital component to success, too much support, too much involvement can have the opposite effect.

Ways this may show up should be:

I wrote a twitter thread on that my parents didn’t come to my games when I was younger, but the fact that they didn’t benefitted me in so many ways.

If you don’t want to read it, here’s what I believed it gave me:

These all built resiliencies, awareness and mental toughness for the future that I am so grateful for.

A great example I think is one of my early mentors in Australia, Rick.

He’s one of the nicest men you’ll ever get to meet. A man of faith with a beautiful family.

But one thing that Rick did which was incredible in my opinion. When his son, Noah, turned 13, and wanted me to coach him.

Whether he knew what he was doing, I don’t know, but this speaks to another principle:

Your dreams are your dreams, no one elses.

What Rick did for Noah was give him control over his career and ambitions.

Whether Noah made it or not, is a different story. But he gave him the responsibility of it, so that later in life Noah only has himself to thank, or to blame, for its outcome.

My Dad made me call up coaches, or go ask them for feedback myself.

Because, one, it built character, but two, it wasn’t his career.

Another way of having safety in your life, may be in the form of your training.

You may make that training slightly easier due to the fact that you want to look good in it.

But can you make it more challenging?

Can you find a way to make it more uncomfortable to learn how to deal with new challenges.

I coached a young bowler in cricket once where he had his fielders spread around the entire ground, to not go for boundaries.

But he then start bowling everywhere. He was being complacent.

When I told him to have fielders on one side and have a big space it would risk the batter scoring in that open area.

But he began to bowl a lot straighter to get the ball to the side where the majority of the fielders were.

By creating a risk (to be hit into open space) he focused a lot harder. Because the stakes were higher for him.

Where may you be able to add more risk or restriction to narrow your focus?

I also think of Alex Honnold in the film Free Solo.

But the laser focus, detail and practice he had for climbing that rock because the risks were the ultimate, falling. 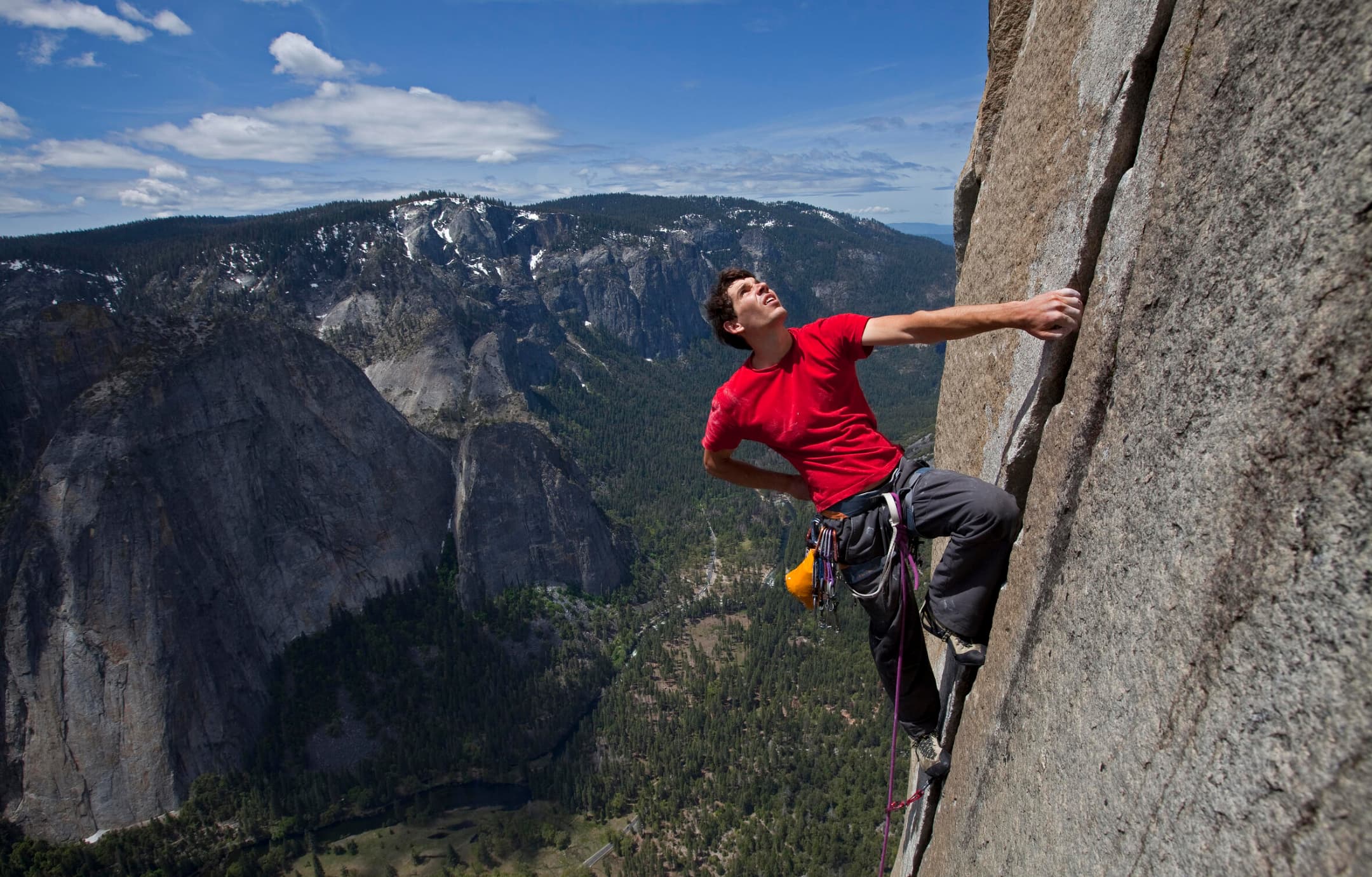 Be ok with being the slowest in the group 🐌

Another form of an safety net that I see is an unwillingness to play up a level.

To stay at the level you’re at and be a front runner.

I played up in most ages to the point where I made my club’s senior 1st XI debut when I was 14.

A 14 year old in a changing room of grown adults.

You learn to stand up for yourself. To fit in. To show bravery and courage. To correct mistakes and celebrate successes.

But all of that isn’t necessarily possible if you only play at a level where you become the best in the group.

I remember skiing for the first time and an instructor told me to move up an ability group to tougher slopes.

When I asked him why.

He said. “Don’t be the fastest in the group, or you’ll be waiting for everyone at the bottom”

“Be the slowest in the group, push yourself within that group, you’ll learn faster and move onto the next level much quicker”

I see this as being true in sport and life.

You may fall down a few more times, but you’ll learn much much faster.

Make sure that the group you are in has enough space to grow.

I do this now by following, listening and surrounding myself with people that are much smarter than me.

Have the courage to let go 💙

This whole process of removing safety nets. It’s uncomfortable knowing that if you mess up you may not get ‘caught’.

But I promise you, in the long run, you’ll be prouder, and more fulfilled, in the person that you’ve become.

Hope this has helped in some way.

Join a group of curious individuals that get at least one actionable tip for developing mindset, wellbeing and more.
Subscribe For Free