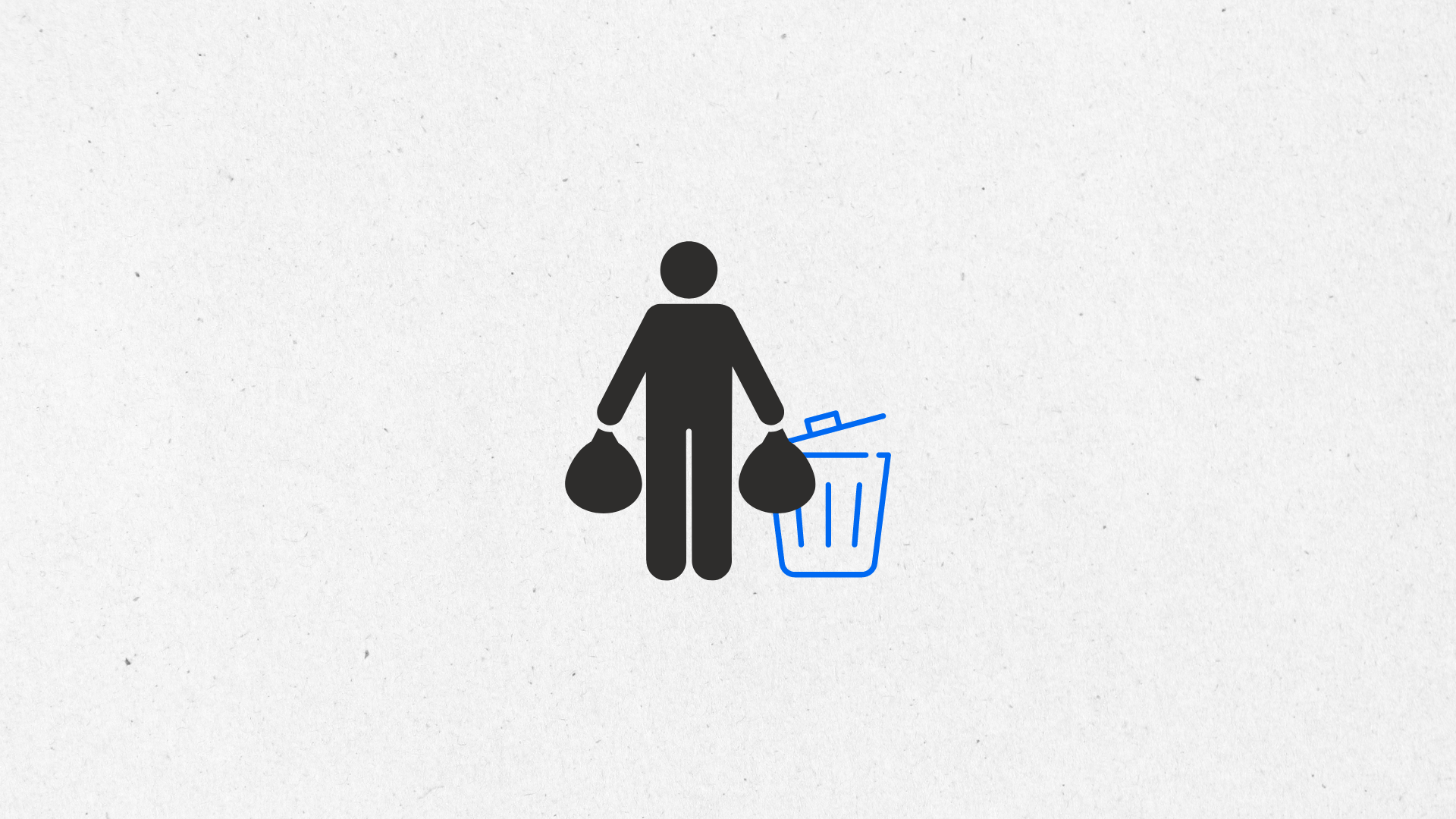 One of the biggest mistakes that I see people make in developing changes that they want is trying to make too big of a change. They don’t remove what is getting in the way.

In today’s article, I’m going to address how we remove the unhealthy habits from our lives that distract us from making progress.

By removing an unhealthy habit, you not only create space for something new to happen or change, but you also feel better about yourself.

The trouble is we always go back to what is easy, comfortable. A low hanging fruit.

In order for us to change into someone different, we not only need to add new ways, routines, and habits to our lives but also remove unhealthy ones.

You will have made progress if, at the very least, by the end of this read, you have identified your unhealthy habits.

Because being aware of what you want to change is the first step to creating that change.

Let’s dive into how we begin to make that change:

Write down all the bad habits that you think or know you have. It’s important to write down the impact they are having on your future self.

Linking this with your motivations, goals, or ambitions will also help them hit home a little more.

Below are a few examples that you can use to get the ball rolling: 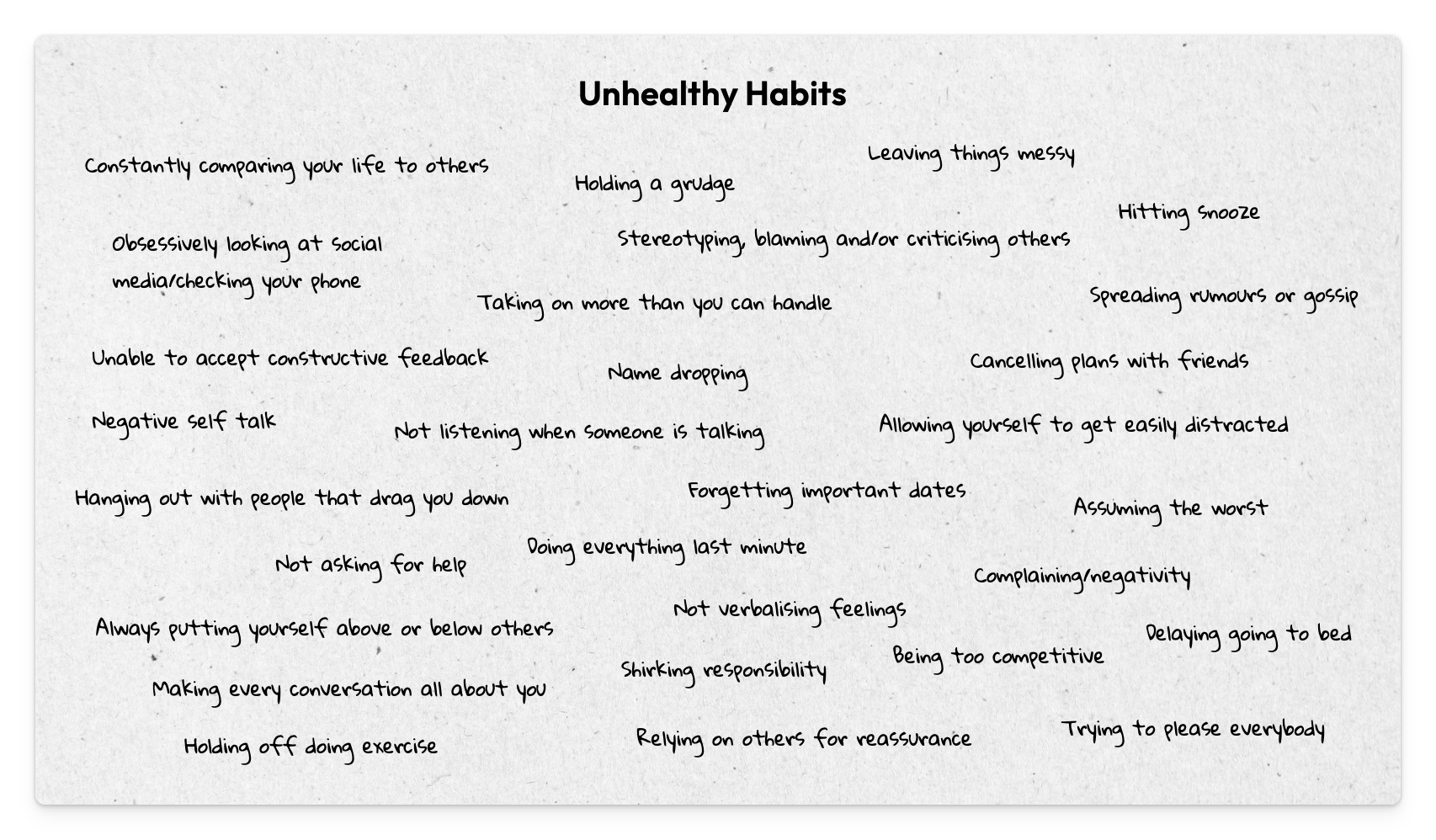 This method involves reducing the amount you do the unhealthy habit.

You don’t have to completely remove it. That may not be realistic.

You may want to chop it down bit by bit.

If you find yourself constantly checking social media on your phone, you can limit yourself to a few times a day. I use an app called Opal to stop me from accessing apps that I know distract me throughout the day.

If I can reduce my time spent on these distractions by 10%, that’s a win.

For you, it may be removing one unhealthy food from the fridge or removing one day a week where you hit snooze.

The goal is to reduce more and more over time until you completely remove the unhealthy habit.

A friend of mine’s dad wanted to stop smoking.

The way in which he did it was by replacing the cigarette with a liquorice stick.

The simple act of having something in his mouth was what he was replacing. Every time he felt the need to have a cigarette, he put the liquorice in his mouth.

Another way is to think of the opposite to your unhealthy habit and actively switch that in.

Perhaps you catch yourself talking negatively to yourself. Instantly replace it with a positive affirmation.

The “inner critic/inner fan” exercise in the Mindstrong course is a great example of finding new positive phrases.

Most of the time, the habit we want to create is the opposite of what we are doing.

This may sound extreme, but I don’t own a TV. Why? Because it stops me from spending time watching something that doesn’t fill me up.

What it means is that I spend more time on my guitar. Something I want to get better at and enjoy learning.

So what can you remove from your environment that would stop you from having that bad habit?

Let’s say you want to build a healthy diet.

You would remove the foods from your cupboard to physically stop yourself from being able to access them, and replace them with healthier options.

Hopefully, freeing up space in your environment will open up the opportunity to create new habits that take you towards an even better version of yourself this year.

See you next week!

Join and get at least one actionable idea for developing mindset, wellbeing and more.